Back to Blog Posts
Prev Next

Check out my latest video on 10 things first-time homebuyers need to know in PA!

What's up first-time home buyers. Let's talk about 10 things you need to know when buying your first home. Let's get into it!

All right so number one is educate yourself. This comes with doing anything big and important right. You've got to educate yourself on the process because it's important for you to do your own research and form your own opinions and gather your own knowledge. You can do that by looking at different resources online. You can take a first-time homebuyer seminar, I offer private consultations for that kind of thing as well.

How To Buy a House In PA Flow Chart 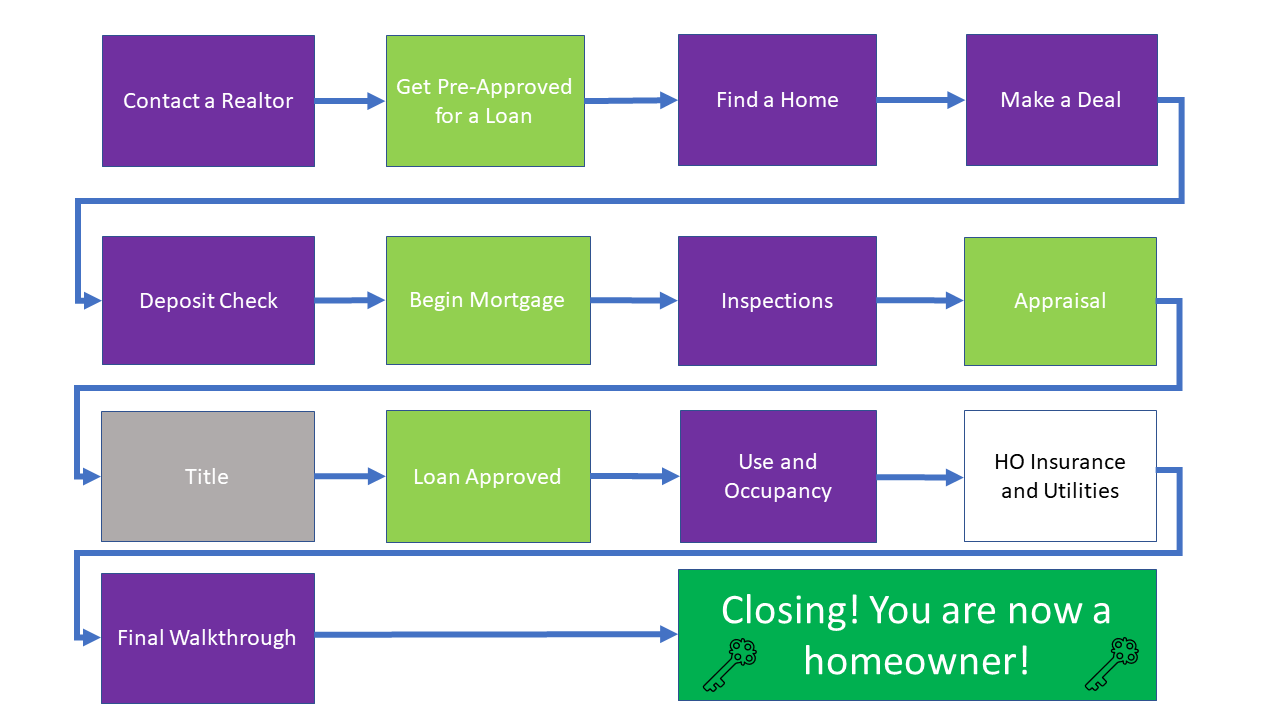 You know, you can subscribe to my channel, I have like "How to buy a house in Pennsylvania", takes you through the whole process. I have "How much are closing costs and why". Spending one hour on it is going to just ease so much anxiety for you.

Number two, the first time home buying process is not that different from a second time, third time, fourth time, fifth time home buyer. It's pretty similar I would say it's like 95% the same. There's some advantages, there's some programs and things like that but you're going to go through the same basic process. You're competing with the same people, so just know that really the only thing is you just have less knowledge going into it. So there's some things that are important but like I said 95 of it is all the same as just a regular home buyer.

Number three, as a first-time homebuyer you have some advantages, you don't have a house to sell. That's actually a big deal because people have a hard time buying something before they sell something else in this market. One of the reasons is because you know you have to then afford two mortgage payments, a lot of your money's tied up in the original house, things like that. Anyway, as a first-time homebuyer you don't have anything to sell so that's a huge advantage in this market because sellers don't want to accept offers that are contingent upon the buyer selling their own house. That's a mouthful.
All right number four, you probably need more money than you think. Maybe most realtors won't say that out loud to you, but I will because it's the truth. You got to think about your down payment but also closing costs and closing costs can be significant. They can be like 4 or 5% of the price of the house. I think the average in Pennsylvania is 4%, I have a little video on that but just know what you're getting into and on top of that make sure you have some money left over after you do the transaction. You don't want to be broke and then have something break, you got to be able to buy furniture, paint, all those kinds of things. So make sure you've got enough cash to not only do the transaction, but also live your life and move into the house after the transaction.

5. It's good to know that there's programs out there from the government that can't help you as a first time home buyer. One of the best ones that i've seen right now is called K-Fit and K-Fit gives you 5% as a forgivable loan towards buying your first home and there's some limitations and things like that, I have a video on it, although some of the things have changed since I made that video so I got to update that video, but you can talk to me about it. There's some other programs available to lower income people as well. The programs tend to have income limitations as well as purchase price limitations, it's good to know what those are. Your mortgage person and your realtor can educate you on that.

Seven, there's not a special loan type for first-time home buyers. FHA stands for federal housing administration and then there's a conventional loan which is what you I guess would call a "regular loan", but I don't always think it's better to go FHA whether you're a first time home buyer or second time home buyer. The reason is because there's a 3% conventional program that I think's way better and also sellers do not want to accept FHA offers because there's some inspections with appraisal and they may have to fix more things and they can take longer to process. So conventional loans are way easier to get accepted right now and they actually might be a better deal for you overall.

Number eight, interview multiple realtors. You know, you might meet me, you might like me, you might like somebody else. I always think it's good to maybe interview three realtors to see who's a good fit for you and I think it's also really important that you get a high performance realtor in this market because that might be the difference between you making seven or eight or nine offers before getting accepted on a house, or two offers or one offer because your realtor is having success in the marketplace which means they understand what's going to get accepted, how to structure offers, they're aggressive in getting to the house quickly, so having a good realtor in this market is more important than ever before, so make sure you take your time to find one that's right for you. Number nine, get approved early in the process. Don't worry about your credit score getting dinked. It may go down a few points and you can pull multiple mortgage applications at once within like a two-week period and only really counts as one thing, but know that your credit score past a certain point doesn't matter that much. You're still going to get the same terms on the loan as long as your credit score is considered "good". So if you're, you know, in the 700s and things like that, if you're going from a 780 to a 777 because you checked your credit score it doesn't really matter that much. Don't make your credit score a sacred cow that you can't touch because remember what it's there for, it's for you to help buy a house. So get that information early, interview mortgage brokers as well, make sure you find ones you like and get multiple quotes because you might get a better deal from one or the other. But, it's also really important that you get a mortgage broker that knows how to compete in this market as well. We're often making offers at odd hours of the night, on the weekends, so we need somebody that's always available basically to help get the right pre-approval letter, run the numbers for you, all that stuff it's really important having the right person available to help you. Number 10, get rid of bad debt as much as you can. So bad debt is like credit cards, student loans, car payments, anything basically consumer related. Try to get rid of that because here's why. So when they go to approve you for a mortgage they look at your debt to income ratio, so what percentage of your debts is your income. They want your debt payments to be less than half of your income. They're looking at the payment they're not caring about the amount. So you could borrow $10,000 on your credit card and that could stop you from getting $50,000 on your mortgage because the interest rate is higher, the term to repay is faster, so that payment is a lot higher on that ten thousand dollars than it would be on a mortgage. So, clearing that ten thousand dollars in debt may be well worth it to get better terms on your mortgage and it also may improve your credit score which may get you better terms, so get rid of bad debt. It's kind of a good policy anyway and that'll help you get more house if that's what you're looking for

All right everybody thanks so much for paying attention to this video, making it to the end. My name again is Rob Lawrence. I'm based out of southeastern Pennsylvania. I'm a realtor here in West Chester Pennsylvania and I cover Pennsylvania Delaware and Maryland so happy to help you if you're a first time home buyer and you want to get this done. All right thanks so much!

In this video, Rob explains what a use and occupancy inspection is and why you need one to sell your home. Read More 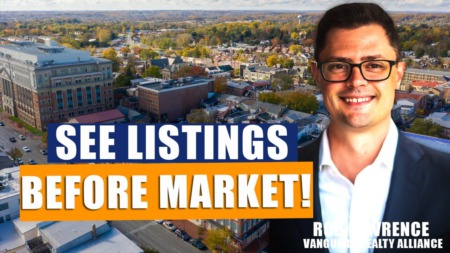 How to See Homes in PA Before They Hit the Market

In this video, Rob reveals four tips you can use to see homes before they hit the market. Wouldn’t it be amazing if you could see homes for ...Read More 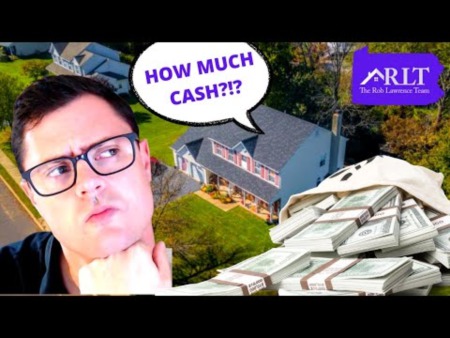 How Much Money Do You Need to Buy a House in PA?

In this video, Rob explains the costs associated with buying a home in PA and how much you will need.  Most people dream of buying a home, but ...Read More

Contact Us
Questions? We're Here to Help
Recently From Our Blog